What are you looking for?

You can also solve your question in our F.A.Q's section

What are you looking for?
You can also solve your question in our F.A.Q's section

The Carolinas’ Favorite Waterpark Is the Place To Cool Off, Get Sun & Have Fun!

With more than 40 rides and attractions, there's something for everyone! Take the family to Splash Island or Happy Harbor. Then, dare to ride the slides that have made us famous, such as Daredevil Drop and our newest addition, Bombs Away. Afterward, you can quiet that adrenaline rush in Leisure Lagoon or take a gentle float down the Lazee River.

Venturing through 41 exciting acres of rides and slides can leave you hungry! Wet 'n Wild Emerald Pointe isn't just one of the best destinations in North Carolina for family fun, it's also one of the best places to find satisfying family-friendly dining. Whether you're in the mood for a casual meal, quick bite, or sweet treat, you'll find just what you're looking for inside the park.

Our story begins all the way back in 1982 when the park opened during pre-construction under the name, Aqua Gardens! Originally, the park was designed to be a mega-sports complex, and you can even see remnants of the original plans in our main office building where the outline of a planned track and racquetball court remain!

In 1985, the park experienced its first name change and was re-opened as Water Country USA. Some of the park's original attractions included White Water Run, Bonzai Pipeline, and the original design of Raging Rapids: a 7-lane hill slide! The park also featured batting cages and several pool areas, including Leisure Lagoon, Shipwreck Cove, and Pirates Plunge. There was even a rope swing located over the deep end of Shipwreck!

Additionally, 1993 was the first year that our Haunted House opened! The seasonal experience operated in our main office building and remained operational until 2003.

In 1986, an investment group led by Terry Henson of Winston-Salem purchased the park for $5.1 million and changed the name to Emerald Pointe. In the early 90s, several iconic attractions were introduced, including Happy Harbor, the Sky Coaster, the Lazee River, and our 2-million-gallon Thunder Bay Wave Pool.

For a short time, the park also featured amusement park attractions in the area where present-day First Aid is located such as a Ferris Wheel, Paratrooper, Round-Up, The Scrambler, a Carousel, and a Spaceship Simulator. Several of these attractions came to us from Lakeside Amusement Park in Salem, VA from 1990 to 1993.

It was also during this formative time period that Bermuda Run, our large catering area, was moved to the left side of Thunder Bay Wave Pool.

In 2002, Emerald Pointe, North Carolina's largest water park, was bought by the nation's largest water park operator, Palace Entertainment, of Irvine, California. It was during this time period that the park underwent several changes. For instance, several notable attractions were closed to the general public, including Bonzai Pipeline, White Water Run, Skycoaster, and Hydra Fighter II.

However, at the same time, the park also introduced many fan-favorite attractions, including The Edge (2004), Dragon's Den (2005), Dr. Von Dark (2009), Tropical Drops (2009), and Soak Zone (2013). All of these attractions continue to provide the perfect mix of high-thrill and pulse-pounding fun for all ages!

In 2015, Wet 'n Wild Emerald Pointe debuted Riptide Racer, and in 2022, the park opened Bombs Away during Memorial Day Weekend! Popular new events also arrived at the park during this time. Our Kids Fest delivered on its promise to introduce fun activities that took place in our large children’s areas, Happy Harbor and Splash Island. 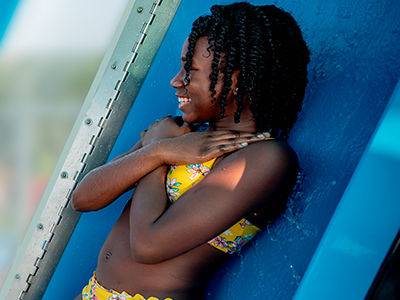